There are certain foods I get a weird pleasure from making because they seem like things you buy rather than make. Foods that just seem to arrive in the world fully formed – that capitalism has just got so good at making for us you wouldn’t ever bother to create them yourself. Scotch eggs, sausages, ketchup, bonfire toffee. 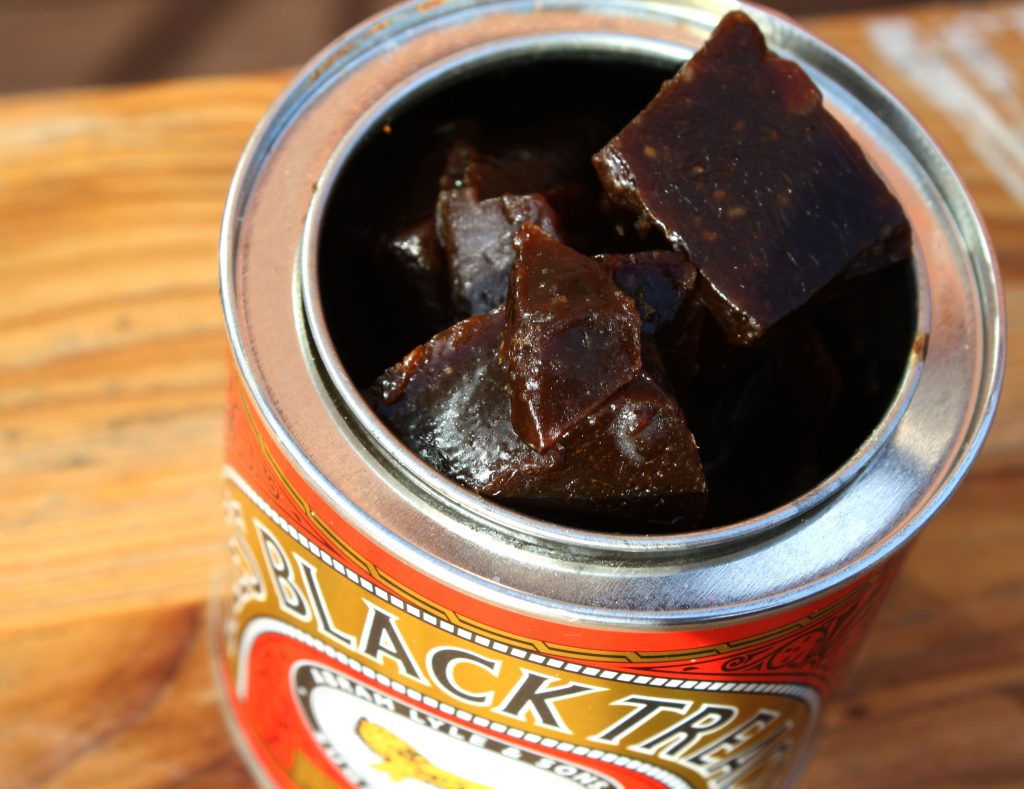 And yet, there’s a strong tradition of making bonfire toffee (or plot toffee, treacle toffee or tom trot) at home, even since it became widely commercially available. According to Tim Richardson in Sweets: A History of Temptation the price of treacle would often rise above the cost of sugar through the Victorian era, making shop-bought bonfire toffee too expensive for many. Right into the 1960s it was common for older people to make it at home to give out to local children on Guy Fawkes Night.

The origins of toffee are a bit murky. The word doesn’t seem to have appeared in print until 1825, though it’s believed that people were making it in the north well before then, perhaps from the mid 18th century. As we know from the history of parkin (a proper history of parkin post is still pending!), treacle only really became available beyond the potions of apothecaries in the 17th century, when Britain started importing large quantities of sugar from Barbados. So, the mid 18th century seems like a reasonable assumption for the birth of toffee.

Quite how treacle toffee became closely associated with bonfire night is also unclear, unfortunately. It’s particularly associated with the north, so the use of black treacle to make it could be something to do with the popularity of parkin. That’s straight-up guesswork, though.

This recipe is dead easy. No faffing about with sugar thermometers or other uncommon kit. You just need a pan, a baking tray and a wooden spoon, basically. I’ve dialed back the black treacle a little, compared to older recipes. While the recipe below certainly retains that dark flavour, I suspect the full force of it wouldn’t be to a lot of modern tastes. The Yorkshire Grub recipe definitely has that intense traditional flavour and the jaw-breaking qualities of the stuff your grandparents enjoyed, though!

To round out your bonfire night food experience, have a crack at this Chili Parkin recipe too!

Print Recipe
Bonfire Toffee
A dark, jaw-breaking sweet to enjoy on a cold bonfire night. You might be surprised how easy this treacle toffee is to make! 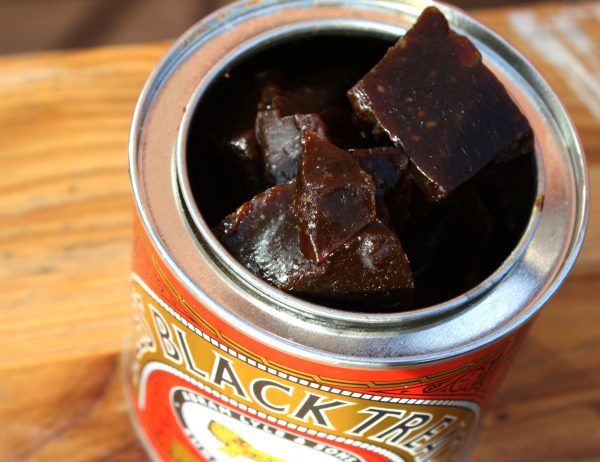