Christmas leftovers – a one-day blessing, seven day curse. Boxing day: you’re quite looking forward to your turkey and stuffing sandwich. New year’s day: you’re wondering why on earth you consigned yourself to this endless leftover sandwich diet and when this food purgatory will end. Don’t worry, Yorkshire Grub has your back with these slightly mucky Deep Fried Stuffing Balls. 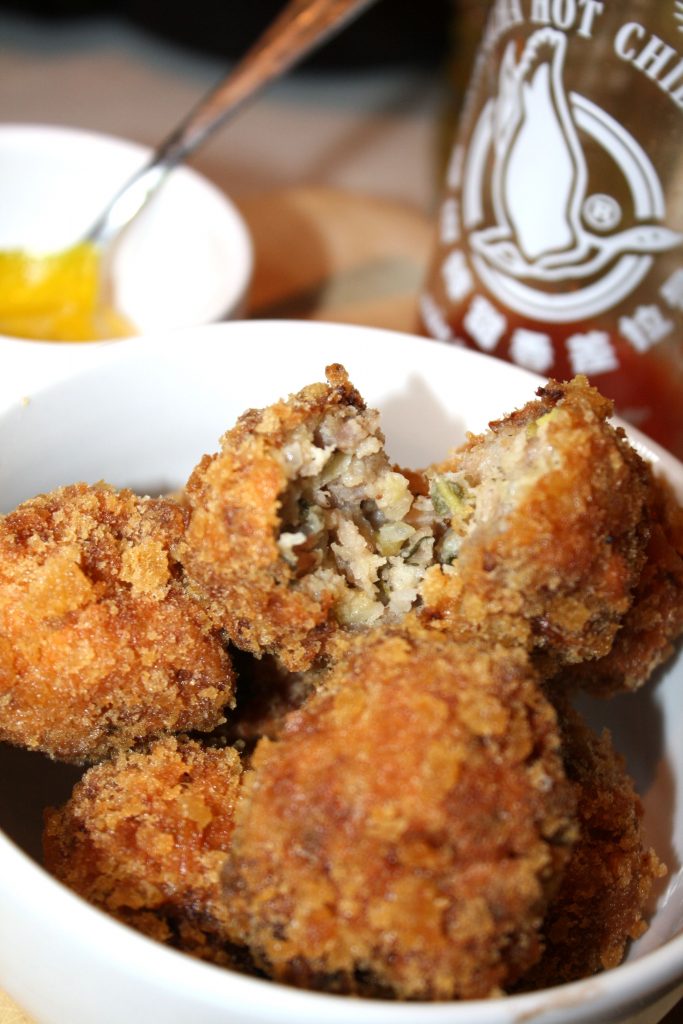 And the packet stuff is pretty damn dismal.

Yet, if done right, stuffing’s a strong contender for the title of ‘best bit of your roast dinner’ and it’s such an easy win. There are loads of different kinds of stuffing you can do, with plenty of vegetarian versions that would work well in these deep fried stuffing balls. To get the ball rolling, however, I’ve included a recipe derived from the forcemeat stuffing and sage and onion stuffing in Mrs Appleby’s Traditional Yorkshire Recipes.

While deep frying can seem like a bit of a hassle, this is actually a pretty straightforward way of using up some of your leftovers that doesn’t involve yet another turkey butty. The crispy breadcrumb shell is a wonderful complement to the chewiness of the stuffing. You could have them as a starter, with a salad or in a sub.

Quick note – if you’re skipping the roast dinner part and going straight to the deep fried stuffing ball bit, you don’t need to bake the stuffing. Once you’ve got your stuffing mixture, go straight to rolling your balls. Just reduce the temperature of the oil a bit and cook them for a little while longer. 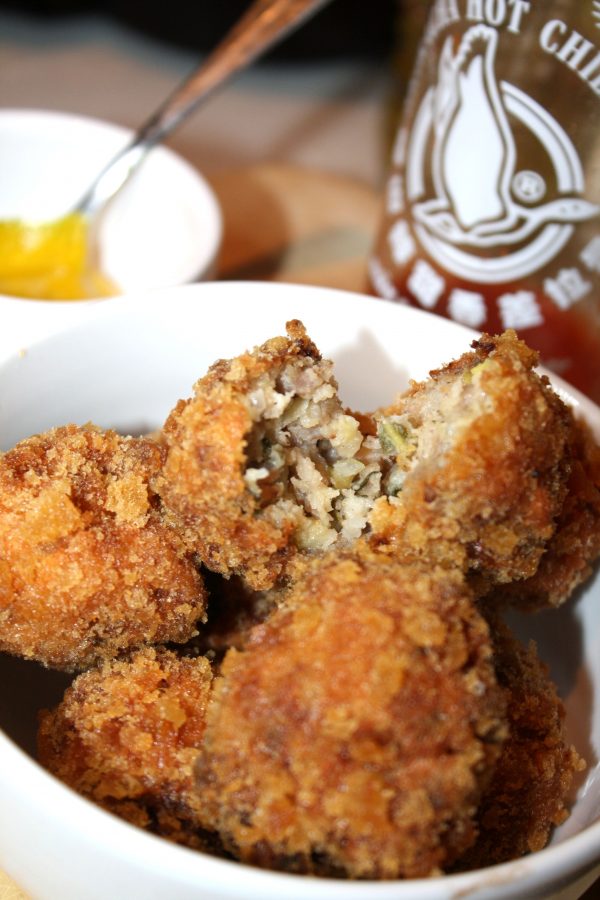