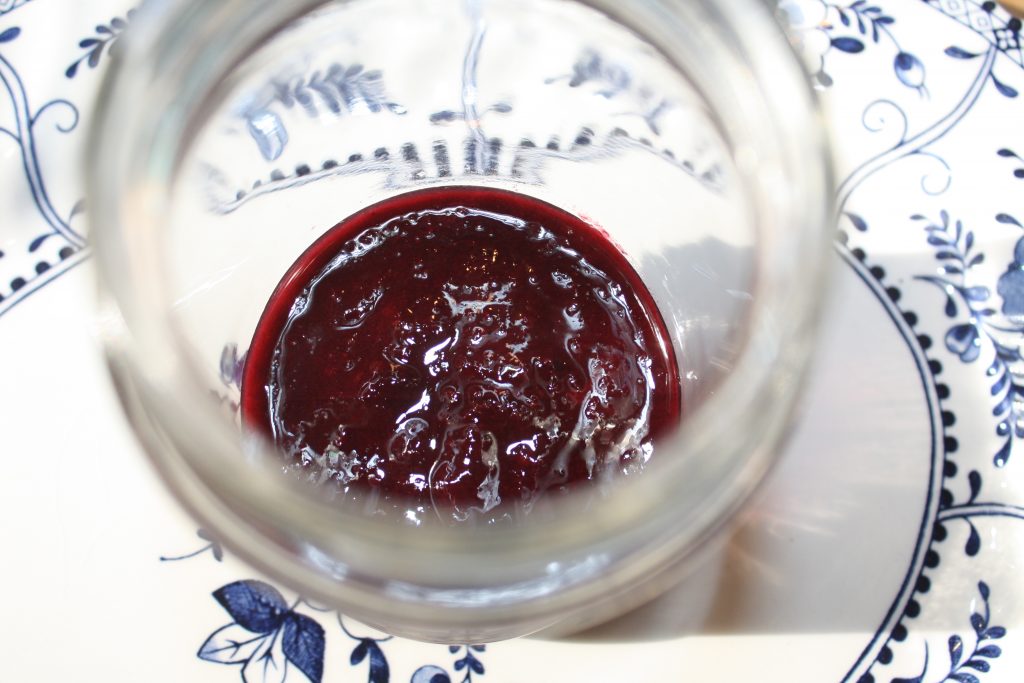 Late August, given heavy rain and sun
For a full week, the blackberries would ripen.
At first, just one, a glossy purple clot
Among others, red, green, hard as a knot.
You ate that first one and its flesh was sweet
Like thickened wine: summer’s blood was in it
Leaving stains upon the tongue and lust for
Picking.

Seamus Heaney’s poem, ‘Blackberry-Picking‘, starts so well. ‘Glossy purple clots’, so juicy you can almost taste them between the lines. It would be nice to stop around there, but nature doesn’t work that way. The poem goes on:

But when the bath was filled we found a fur,
A rat-grey fungus, glutting on our cache.

Heaney’s family seems to have been a bit careless, really. The old cookbooks I’ve been gathering are riddled with recipes that will stretch out the lifespan of your blackberry haul if you get them cooked before the rat-grey fungus sets in.

Dorothy Hartley tells us (in the excellent Food in England) that we’re in the period for picking the secondary berries, those higher up in each cluster. These, she writes, “are less juicy but good for pies and puddings and jam making.” She misses off ketchup, but I’m pretty sure she wouldn’t have if she’d ever tried it.

Yes, I wrote ‘ketchup’ and you thought ‘tomato’, but ketchup (pr ‘catsup’) actually dates back to 17th century China, where a mixture of pickled fish and spices was referred to as kôe-chiap or kê-chiap. ‘Ketchup’ is simply a name for a tangy table dipping sauce, and can be made from any number of primary ingredients ranging from the aforementioned fish to bananas to mushrooms (I might post a mushroom ketchup recipe at some point, if it turns out to not be as grim as it sounds).

This blackberry ketchup is a little sweeter than the tomato variety, but brilliantly zippy and a great accompaniment to salty foods like bacon or well-seasoned chips. 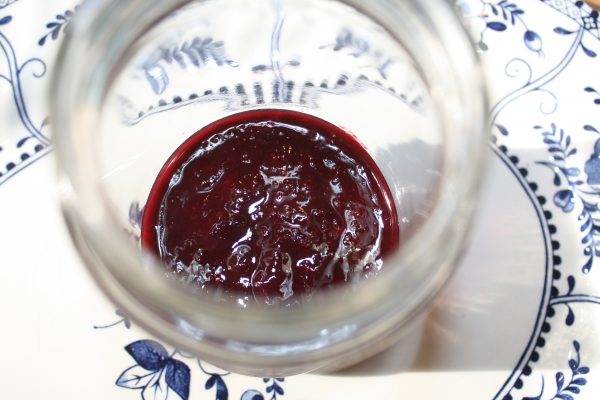