Apple Crackle Pudding doesn’t exactly have the crack that I was expecting from the name (nor does it have any snap or pop). It does, however, have more bite than you can expect from many apple-based Yorkshire dishes as there’s no stewing involved, which gives it a great texture. 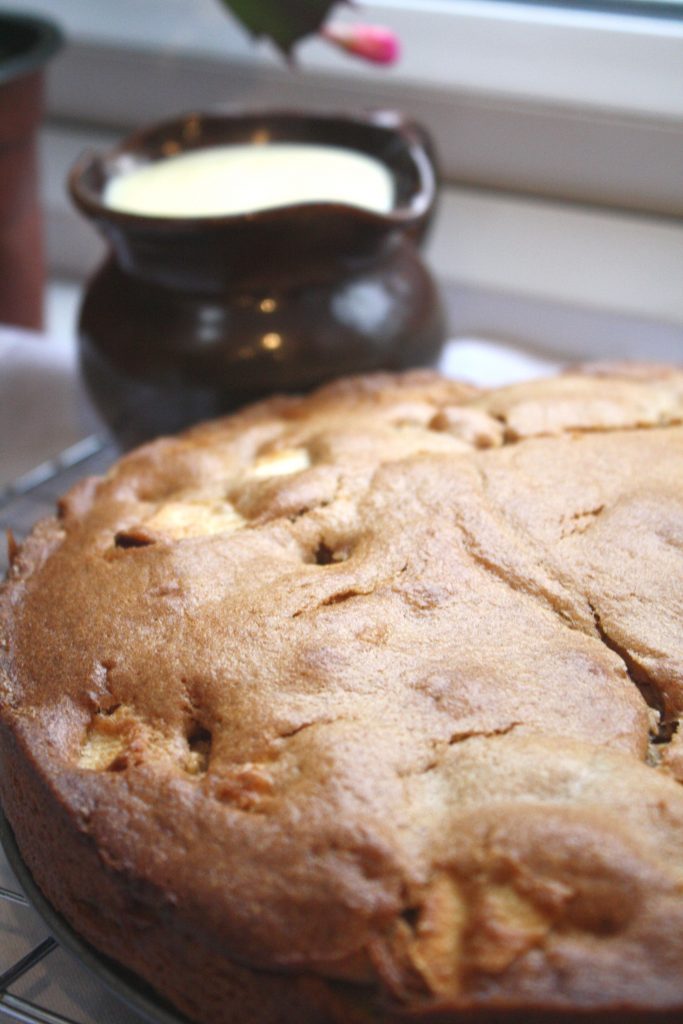 Apples are, of course, in season (not that you would ever know that they’re not in season these days) making this a nice thrifty dessert. You don’t even have to bother with the hassle of steaming – just stick it straight in the oven in a cake tin. It’s dead simple, this one.

We can thank Mrs Appleby’s Traditional Yorkshire Recipes for Apple Crackle Pudding, as well as its excellent name.

We think of apples as being quintessentially English, but the first sweet apples actually came from a small area of Tian Shan along China’s border with Kazakhstan. It’s believed that they gradually spread through the Middle-East and into Europe, and that the Romans brought them over here.

If that’s disappointing, take heart from the evidence that we did have some varieties here during the neolithic era – they just weren’t particularly edible.

There’s a nice brief history of the apple over on English Apples and Pears. You might also want to listen to this episode of the BBC’s The Food Programme on the matter of apples. (There’s a bit on orchard wassailing, which involves singing, shouting, banging pots and firing shotguns in orchards on January nights. The aim is to get a good harvest, but it also sounds like having a good time and getting pissed is on the agenda. It’s thought that the wassail dates back to around 600AD, and that a house-to-house version of it evolved into carol singing. I could probably go on, but it’s a practice more typically associated with the cider-making regions down south than it is the north, so I’ll just suggest that you read more here.)

For more ways to use your apples, here’s Yorkshire Grub’s toffee apple recipe. 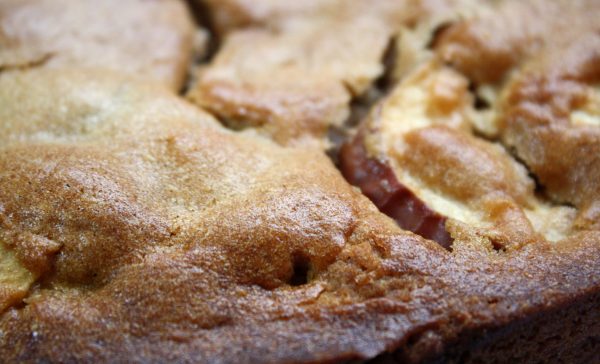