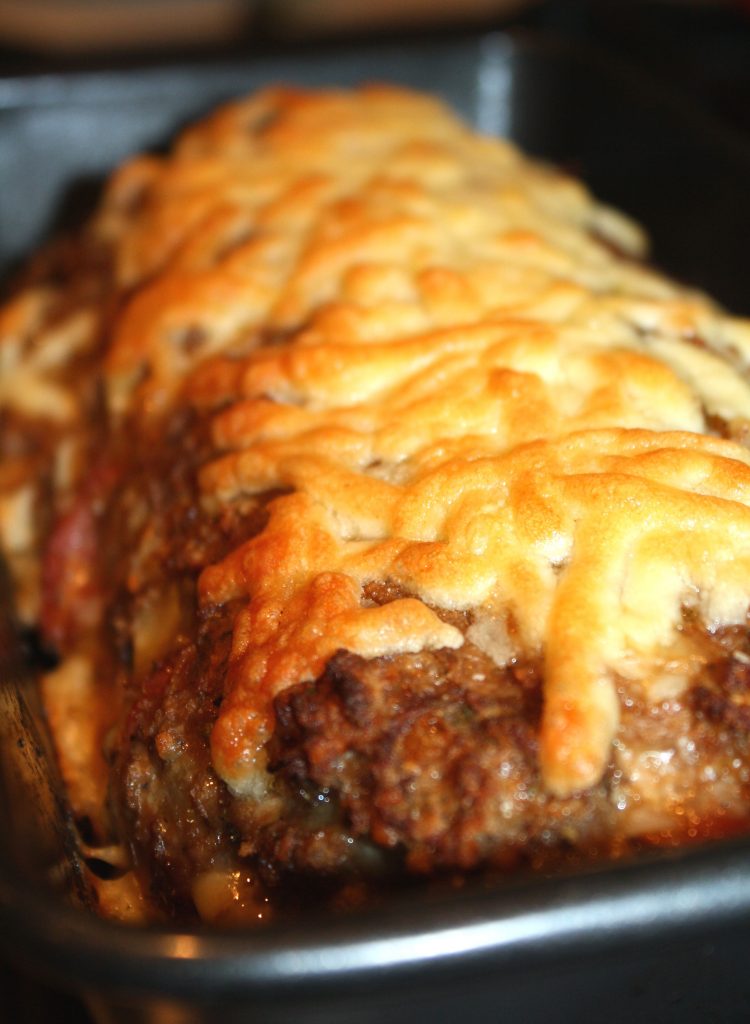 So said one of my girlfriend’s family members when she cooked this meatloaf for them a couple of weeks ago.

I get where they’re coming from. I tend to think of it as a North American dish, too. It conjures images of American moms from 1960s sitcoms you never watched serving up dinner to bright-eyed kids who are eagerly chatting about the duck and cover drills they did earlier in school. But, it would be rather weird to think that no-one thought to combine finely-chopped or minced meat with assorted herbs and spices then bake it until Americans needed to start eking out their food during the Great Depression.

Meatloaf has European origins, and makes an appearance in the 4th or 5th century Roman cookbook Apicius. It’s a traditional German, Scandinavian and Belgian dish. Wikipedia thinks that British haslet is a variation on meatloaf, but given that haslet (or harslet, or the more meatball-like savoury duck) is traditionally made from the liver, lights, heart and sweetbread (and often pretty much whatever other pig offal comes to hand) that’s not strictly true. Haslet does have a lot in common with the Pennsylvanian dish scrapple, which was an ancestor of American meatloaf, though. (I’m also, I would like to add, super excited about getting to haslet/savoury ducks. Big plans for haslet in my life.)

I can’t honestly tell you exactly how meatloaf found its way to Yorkshire, but the recipe I based mine on comes from Mrs Appleby’s Traditional Yorkshire Recipes (1982) which is largely compiled from recipes published in The Dalesman, many of them sent in by readers over the years. So, I’m going to trust her.

If you fear the implications of this meatloaf for your waistline, you could opt for leaner meat and bulk out the vegetable content with more onion and a pepper or two. And maybe ditch the cheese on top. But, personally, I’m more inclined just to enjoy it as is and serve it (preferably in a bap or two slices of sourdough) with either steamed veg or a salad. It’s great cold, too. For bonus points, re-fry it and serve it up with Blackberry Ketchup.

Final note – you might feel a bit unsure about adding stock to your mixture, but as I’ve learned from Food52’s genius recipe for meatballs, your dry breadcrumbs will suck up all that liquid and keep your meat wonderfully moist. 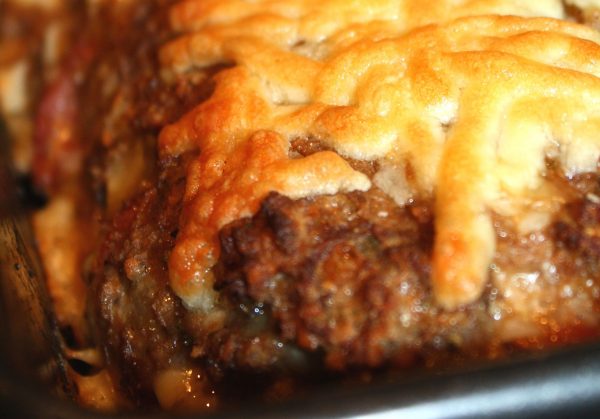