Love-love-love this Crusty Cheese Bake. Although it’s not all that rustic, it really feels like it epitomises traditional Yorkshire food in a lot of ways to me. 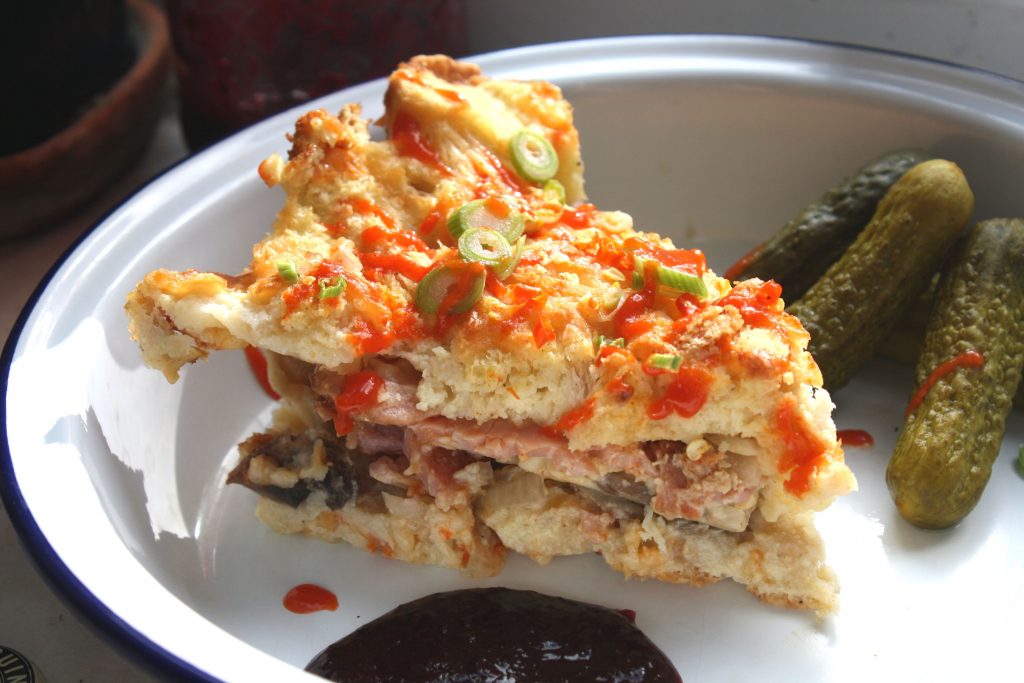 This dish takes affordable, homely carbs, smothers them in cheese and gives even the greenest cook the option to improvise with it however they like. Crusty Cheese Bake is, I suppose, Yorkshire’s answer to Macaroni Cheese. Just think bread instead of pasta.

Or, if you like to keep your frame of reference closer to home, think of Crusty Cheese Bake as a savoury bread and butter pudding.

The applications for this dish are wide, if almost never particularly low calorie. Sausage, bacon, black pudding, even leftover chilli would all be at home in here (though you might want to consider a more robust bread if you’ve got anything saucy in mind).

If you’re vegetarian, just ditch the meat (which seems a really obvious thing to say, I know). You could take a couple of routes. Upping the quantity of mushrooms is the obvious answer to this (you could include some different varieties). You could also throw in some spinach, sundried tomatoes, roasted peppers or even butternut squash. Likewise, think about using a few different cheeses to broaden the range of flavour.

I have to battle the urge to swap out ingredients like ‘sliced white bread’ for something healthier and/or fancier in recipes like this. But, let’s face it, switching sliced white for a fresh granary cob or sourdough is a great way to take what should be cheap, everyday food and double the cost. It also sucks the fun right out of what should be a slightly mucky dish.

I do, however, tend to succumb slightly to the urge to posh it up and use tin loaves from Morrison’s rather than Warburton’s. Still, for all this hand-wringing I’d just suggest you use whatever comes to hand. If you can rescue something that’s going a bit dry, all the better.

Serve this up with Sriracha Mayo, pickled cucumbers and salad (or maybe just baked beans). Oh hey, and maybe some blackberry ketchup!

Finally, Crusty Cheese Bake’s dirty secret: it’s even better sliced up and fried in butter the next day. 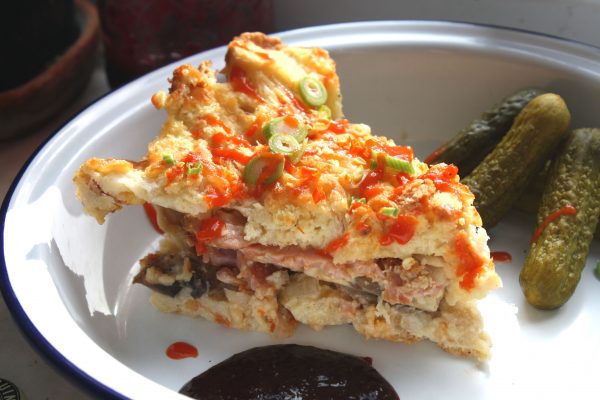