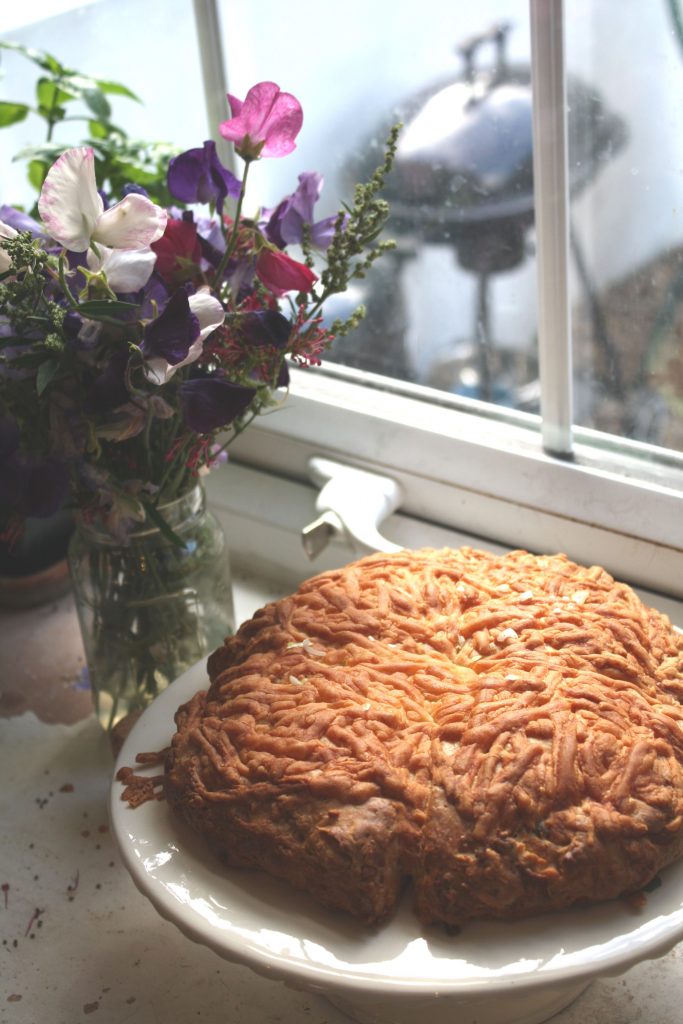 The moment I read the name of this one in Mrs Appleby’s Traditional Yorkshire Recipes (1982) I knew it was getting made. The name sang out to me. And it is a cake, too. This isn’t some pressed potato and bacon concoction or any such thing. An actual cake. With bacon in it. It’s savoury of course, with ketchup, Henderson’s Relish and cheese in the mix for good measure.

The French have been doing savoury cakes for a while and we have too, but they’ve fallen out of English cooking somewhat over the years. Hugh Fearnley-Whittingstall rates them as a great way to use up leftovers so long as you keep the cakey ingredients in balance, and I would tend to agree. You could put together any number of flavour combinations, and I’m looking forward to trying this out with some Indian ingredients. Or with black pudding. Or tomato sausages. Or more veggie-friendly variations. (If you try a different variation, please do let me know in the comments or over on Facebook or Twitter. I’d be really interested to hear what you came up with!)

I’ve not done a lot with this recipe – just swapped out Worcestershire sauce for Henderson’s Relish and upped the quantity of it, as well as that of the cheese and bacon, and done a little to simplify the prep.

This particular cake is best served hot, right out of the oven slathered with butter. You can slice it in half and top it with an egg and some sliced spring onions (and maybe some baked beans) for a comforting supper, if you like. It also makes for great elevenses. If you somehow manage to keep it ’til it’s past its best, think about using it for eggy bread.

Print Recipe
Hot Bacon Cake
A comforting savoury cake, made up with plenty of cheese, ketchup, Henderson's Relish and, of course, bacon. 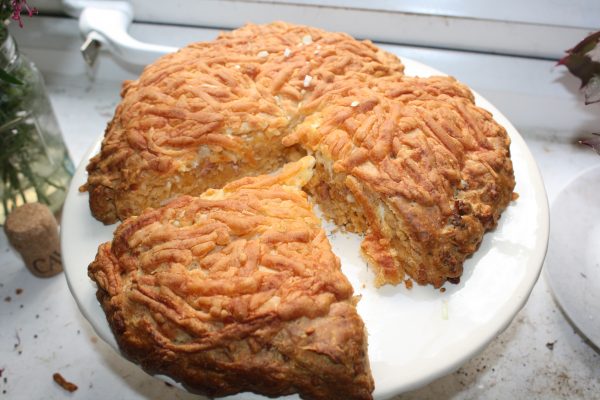